The AS-TOUR kayak rental organises kayaking trips along the most beautiful and interesting routes of the Warmia and Mazury region. Let us show you how wonderful the rivers of Krutynia, Rosupa,Czarna Hańcza, Biebrza, Pisa, Łyna, Wda and Brda are. Our service range includes both one- and multi-day trips for individual clients and groups. 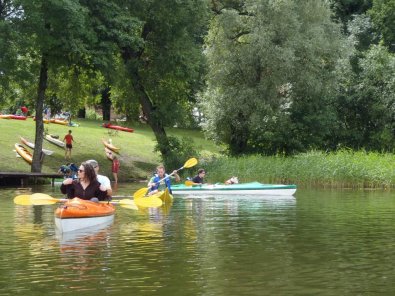 The Krutynia River is one of the most beautiful lowland routes in Europe. It is very interesting and diverse. It runs through the Puszcza Piska forest, and from the Mokre Lake –– also through the Masurian Landscape Park created in December 1977. The MLP is located on the border of two different geomorphological forms –– a terminal moraine and an outwash plain. It’s surface covers 53,655 ha, and its protective zone has 18 608 ha. There are more than 29,000 ha of forest and ca. 17,000 of rivers and lakes. The remaining area includes buildings and fields. 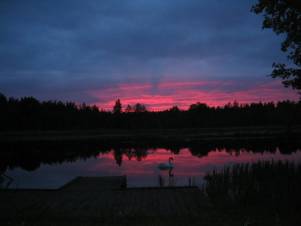 The Rospuda river winds over the Czarna Lake at 175 m above sea level and ends at the Rospuda Lake at approx. 122 m above sea level. The river basin amounts to 900 km2. The Rospuda route is 68 km long and it takes 5–6 days to complete it. You can extent the Rospuda route by three days, if you continue the trip along the Blizna river. Rospuda is a very diverse river, and so is its surrounding. At the first stages it seems to be almost a mountain river –– there are trees growing densely along the banks and the bottom of the river is full of stones. Further it becomes a lowland river with sleepy current and swamps and rushes on its banks. 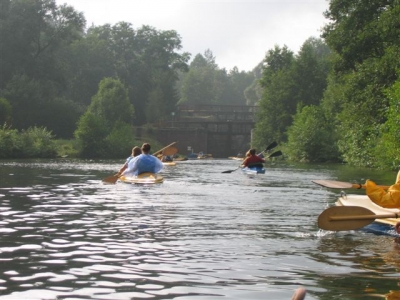 Czarna Hańcza is a left-bank tributary of the Neman, flowing from the source near Wiżajny. It is 141.7 km long (107.8 k in Poland) and has a developed basin area that amounts to 1,916.2 km 2 (1,612.5 km2 in Poland). In Poland, Czarna Hańcza flows through the Źródłowe Lake District. Its streams start at 245 m above sea level on the moraine slopes north of the Hańcza lake. There’s no need to describe how attractive the Czarna Hańcza route is as it’s one of the best known and most advertised kayaking routes in Poland. 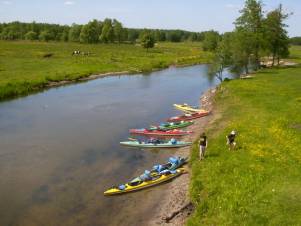 Pisa is a river that starts at the Roś lake and flows into the Narew river in Nowogród. It’s 80.4 km long and up to 2 m deep. The river drop amounts to 25 cm per 1 km. It connects the Great Lakes of Mazury with Vistula. It flows through lowland and wetlands. It’s used as a shipping lane all the way. On the west bank there’s the Puszcza Piska forest. Sadly, 30% of it was destroyed by a hurricane in 2001. The river is recommended also for the beginner kayakers. 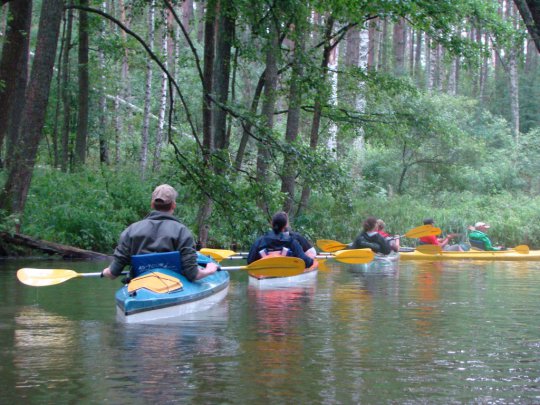 Wda, also called the Black Water, is a very picturesque and attractive route. This river, starting its course on the Charzykowska Plain, is characterized by numerous meanders and bends along its entire length. Wda is 198 km long. It starts in the Krążno lake, winds through Tuchola Forest and Świecie Plain, and flows into the Vistula in Świecie. 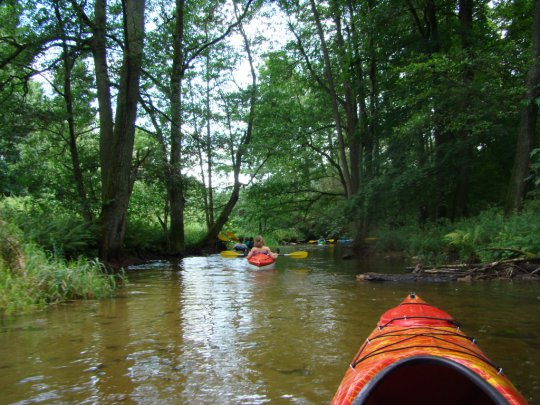 Brda, the longest river in the Tuchola Forest, is 239 km long. It starts in the Smołowe lake in the Bytów lake district. Along the entire Brda route there are numerous campsites and riverside hostels. The Brda River has a diverse course. In the upper sections Brda winds among fields and meadows. Due to frequent shallows kayakers are forced to carry their boats over. In the forests, the trees fallen down by beavers form obstacles. The river also flows through picturesque lakes.